Selecting LEA Symbols® For Screening The Vision Of Preschoolers And Kindergartners

With so many vision screening tests available, many school nurses have questions regarding which ones are most appropriate for screening the vision of young children. To help answer these frequently asked questions, we've relied on child development experts and the most up-to-date scientific information and research available.

A: No. Some tests produce dissimilar, inconsistent, or even inaccurate results. This is particularly true when testing groups of very young children, who may differ widely in developmental abilities. That's why a test backed by scientific studies is so important.


Q:At what age or developmental level can preschool children be screened?

A: The American Academy of Pediatrics (AAP) recommends that distance vision screening begin by age 3.1 However, child development experts point out that the exact age that an individual child can participate with a vision screening test is difficult to pinpoint because of developmental differences in such areas as:

Some tests require more cognitive effort and ability. For example, if a chart relies on abstract representation and a child has not reached this developmental milestone, he may not perform well on the test - not because he cannot see the representation - but because he is unable to respond as directed (Bobbie Gibson Warash, EdD, professor, child development, West Virginia University, oral communication, March 2007). Therefore, it is important to select appropriate tests when screening the vision of preschool-aged children.


Q:Which tests may be effective for screening the vision of preschool- and kindergarten-aged children?

A: Effective tests demonstrate high specificity, high sensitivity, and high testability. In the second phase of the national Vision in Preschoolers (VIP) Study, only 4 of 11 tests were selected:

A: Sensitivity is the ability of a test to identify a high proportion of children who have a vision problem. If a test is not highly sensitive, it will overlook children with vision problems. This is particularly detrimental to young children for whom early intervention is essential. Specificity is the ability to identify as normal a high proportion of children who do not have a vision problem. If a test lacks specificity, it will incorrectly "fail" children who have normal vision. This can result in undue parental anxiety, time away from work or school, needless paperwork, avoidable medical costs, and unnecessary strain on the healthcare system.

The American Optometric Association (AOA) and Bright Futures also recommend these same tests; however, the AOA adds the Broken Wheel test to its recommendations.4,5 You can find these recommendations at:


Q:Is there a test that is recommended in the VIP study and approved by the AAP?

A: Yes, the LEA Symbols® test performed extremely well in the VIP study6 and is recommended by the AAP and others. Several research studies have also reported that LEA Symbols® are suitable and recommended for young children.7,8


Q:What is special about the LEA Symbols® test?

A: Lea Hyvarinen, MD, created the LEA Symbols® in 1976. Dr. Hyvarinen designed the circle, square, apple, and house so that each symbol measured visual acuity similarly. The symbols are designed to blur equally at threshold, meaning children are likely to see only one shape when the symbol size becomes too small to see clearly.9 Some tests will blur to the individual symbol or letter, which children can oftentimes identify - even when the letter is too small to see clearly. This can lead to overestimation of visual acuity. The LEA Symbols® were calibrated initially against the Snellen E, the reference optotype in 1976.9 The LEA Symbols® were tested again in 1993 when the Landolt C became the reference optotype.10 The LEA Symbols® system will meet most vision screening or assessment needs because the system includes distance and near testing, color vision, low contrast, cognitive and preferential looking tests.

A: This test requires representational thinking, which emerges during the preschool years. The Allen Figures could be appropriate if the child possesses the ability to visualize the entire figure (Warash, oral communication, March 2007).


Q:Is the HOTV test appropriate for preschool- and kindergarten-aged children?

A: Although preschoolers performed well with both HOTV letters and the LEA Symbols® in the VIP study, very young preschoolers tend to perform better with the LEA Symbols®.6 The HOTV test can be confusing and, therefore, difficult for many preschoolers. It is appropriate only for children who can recognize and name the letters in the test (Warash, oral communication, March 2007).

A: The Tumbling E test requires both a high level of visual perception and the ability to determine directionality. Directionality is an emerging skill and varies widely among children of the same age. According to Dr. Warash, some preschool children would be able to participate in this test; others would not (oral communication, March 2007).

A: Snellen Letters and Numbers are appropriate for school-aged children, typically age 6 and older, who know their numbers and letters.1


Q:Are other tests that are not on recommended lists - such as the Hand Chart, Patti Pics™, and the Lighthouse Symbols - appropriate for preschool- and kindergartenaged children?

A: The Hand Chart is confusing to children. The child may be unable to distinguish between the hands - they may blur together. This chart requires a combination of motor and visual discrimination/perception skills, which may yield an inaccurate visual acuity result (Warash, oral communication, March 2007).

Patti Pics™ symbols are a recent creation whose effectiveness has not been established in peer-reviewed journals, to our knowledge.

Items in the original Lighthouse Symbols (house, apple, umbrella) test are recognizable to many preschool children. However, Lighthouse International switched to LEA Symbols® in 1991.

A: Children are not required to know specific shapes to participate in the LEA Symbols® test. Moreover, because children can use their own verbiage, the LEA Symbols® test also avoids language issues. In terms of child development, this test is better than any other for young children (Warash, oral communication, March 2007).

Additionally, children can use a response panel and individual cards to play matching games, which is helpful when screening shy or quiet children. It is also appropriate for children who have an expressive communication delay, use English as a second language, or have high-functioning autism or other pervasive developmental disorders.

In other words, the LEA Symbols® test can screen young children across a broad spectrum of developmental abilities, which is why so many vision screening experts prefer it.

A: Numerous programs implement LEA Symbols® to screen the vision of preschoolers. Among others, these include:


Q:What else should I know about the LEA Symbols®?

A: LEA Symbols® have been cited in numerous national and international studies. For example, a PubMed search (sponsored by the National Library of Medicine and the National Institutes of Health) returned 26 studies published in peer-reviewed, medical journals between 1997 and 2007 when using only the search term "Lea Symbols". LEA Symbols® are listed among the recommended tests in the widely accepted and influential guide published by the National Association of School Nurses: To See or Not to See: Screening the Vision of Children in School by Susan E. Proctor, RN, MPH, DNS, FNASN.

What's more, the LEA Symbols® system will meet most vision screening or assessment needs because the system includes distance and near testing, color vision, low contrast, and cognitive and preferential looking tests. 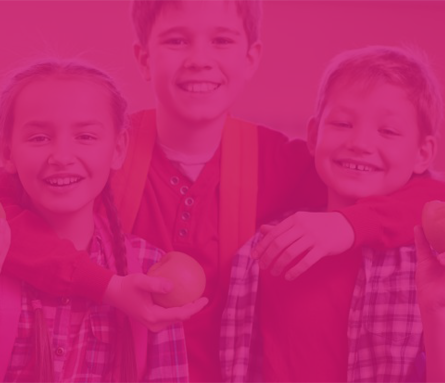 - Login with your Palos Sports credentials